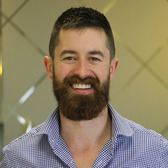 Hi there, Today I share a parable that has given me a lot of perspective that I thought you might lik